Listen to the radio clip here

Vermont lost about 25 percent of its home-based child care capacity in the past three years, and overall there are fewer child care slots now than there was when the state passed a universal prekindergarten law in 2014, according to a new report issued by the Joint Fiscal Office.

“I don’t think it’s a surprise, in general — just the scope of it is worse than we thought,” said Chloe Learey, director of Winston Prouty Center for Child and Family Development in Brattleboro. 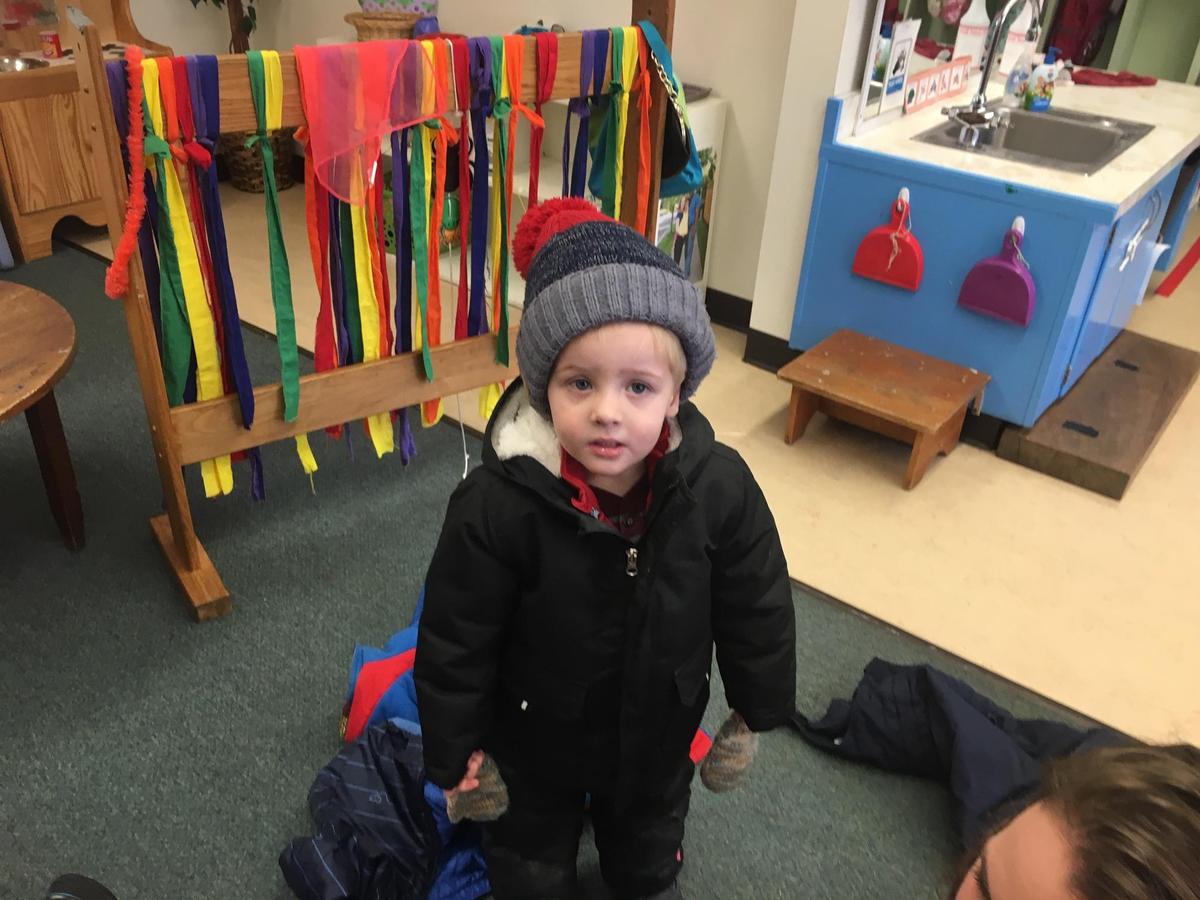 Rylan, who is enrolled at Winston Prouty Center for Child and Family Development, gets ready to hit the snowy playground on a recent cold morning in Brattleboro.
CREDIT HOWARD WEISS-TISMAN / VPR

Learey said there’s a waiting list for families who want to enroll their children at Winston Prouty, and over the past few years she said she’s seen home-based centers close around the region.

“The report definitely shows that in terms of access to child care, we are in worse shape. Families are having a more difficult time accessing child care,” Learey said.

Vermont has about 1,700 fewer slots today than when the new law expanded access for kids 5 and younger;  Essex and Grand Isle counties have been hit especially hard.

“If we want to make change and we want to have a community where … we attract people to come here and we’re raising kids in a way that we feel good about, we are in a very urgent situation,” Learey said.

“The report definitely shows that in terms of access to child care, we are in worse shape. Families are having a more difficult time accessing child care.” — Chloe Learey, Winston Prouty Center for Child and Family Development

Act 166 started a universal pre-K program that requires public schools to offer prekindergarten programs for at least 10 hours a week. While it expanded opportunities for home-based centers to use some of the public money, it raised the standards and requirements for the home-based centers.

And for some people — like Lisa Harris, who ran a home-based center in Windham County — the new rules were too complex and expensive.

“There need to be standards,” Harris said. “But they’re often applied with no regard to all the red tape that’s involved and all the cost.” 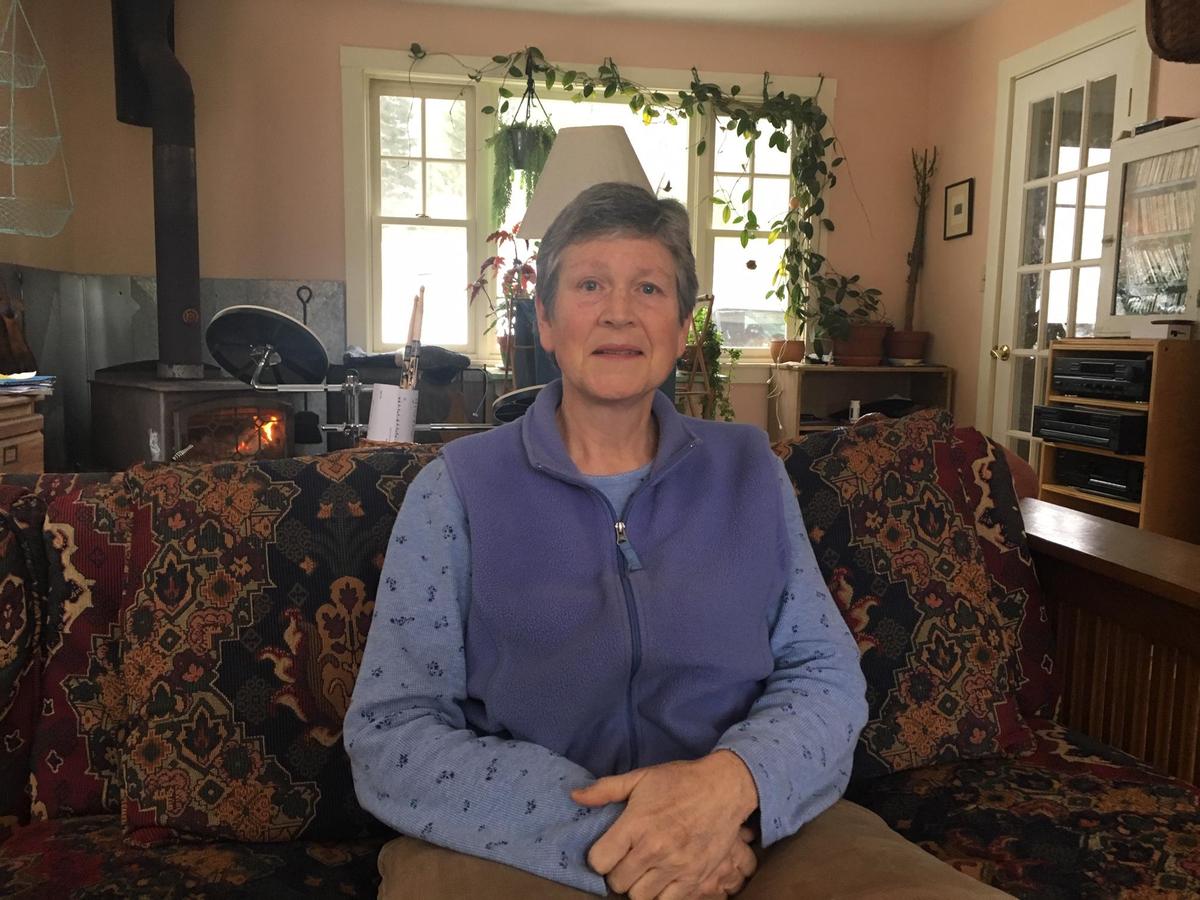 Lisa Harris ran a home-based child care center for 15 years but shut it down after the state’s universal prekindergarten program went into effect in 2015.
CREDIT HOWARD WEISS-TISMAN / VPR

Harris ran her home-based child care center for 15 years, and she shut it down in 2016. She said she would have had to put up fencing around her rural yard and hire a licensed teacher to work part time — each added requirement convinced her it was time to close her home-based center.

“It’s one of the sort of hurdles that’s there, that are imposed from the … new regulations that slow people down and wear them out,” Harris said, “so that eventually they say, ‘I’m not doing this anymore. I just can’t do it anymore.’”

The recent report from the Vermont Legislative Joint Fiscal Office doesn’t offer any suggestions on why the number of child care slots have gone down. 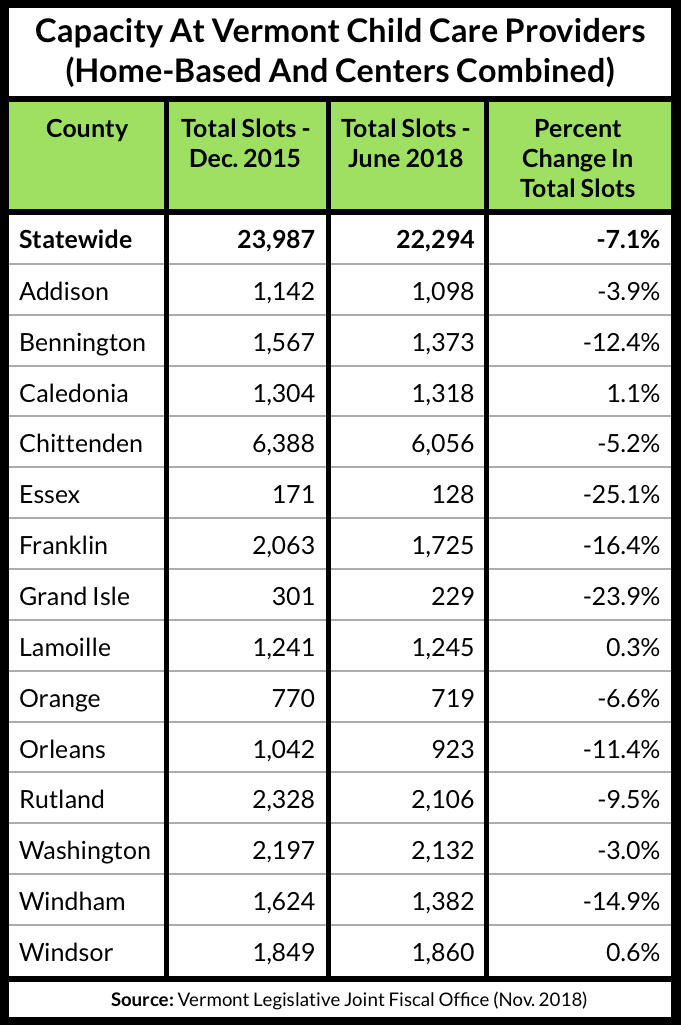 For people like Harris, the new rules and costs associated with the regulations were reason enough to move on to something new.

But Vermont is aging too, and some home child care providers could just have been ready to retire. Plus, there is Vermont’s low unemployment — everyone is looking for workers, so when a home-based center closes, there aren’t necessarily younger providers waiting to open up a new one.

Reeva Murphy, a deputy commissioner with the Department for Children and Families, said home-based centers will always be important for parents who want their kids in smaller settings and to better serve families in small towns who can’t get into the population centers on their way to work.

“We’ve been closely monitoring what’s happening with family child care,” Murphy said. “And it’s a national trend, and we all know that; In a rural state that’s quite alarming to us because we think it’s a critical part of supply in a rural state. And the issue is we’re losing it and it’s not being replaced, right? So it’s not that family child care’s ever closed before, but there’s not new ones opening.”

The report cites Vermont Department of Health data that shows a 2.3 percent decrease in the state’s population of 0-5 year olds from 2011 to 2016, however it also notes “the comparison of population to slot capacity could easily be made, however this may overstate the true size of the child care supply shortage.”

Murphy said there’s a statewide survey going on right now to figure out the real need out there. She said that report will give child care advocates more data to work with to figure out the best way to strengthen Vermont’s early education system.