BRATTLEBORO — The Child Care Counts Coalition in Windham County is looking to raise $175,000 to establish the Elizabeth Christie Fund to give $1,000 bonuses to local child care workers who are staying or joining the field.

Christie is described as the “fearless and tireless advocate for early childhood education” by Chloe Learey, who initiated the coalition and serves as executive director of Winston Prouty Center for Child and Family Development.

Christie served as the executive director of the Windham Child Care Association from 1998 to 2008 and a trustee of the Turrell Fund for Children, which supports child care services in Vermont and New Jersey. The Putney resident also helped found Kids Priority One, one of the first child care advocacy organizations in Vermont.

“She’s really been instrumental in making sure people know why child care is so important at a systems level, too,” Learey said.

Learey said the coalition is always looking for “concrete ways” to add and maintain child care slots in the region.

“Our original idea was so much smaller than this,” she said.

A small grant program was envisioned as a way to help potential child care employees overcome barriers to getting into the field. But hearing increasingly about issues facing the industry, Learey said, “it just felt critical to pivot to try and do something to keep people in the field and entice them to come.”

Looking at data compiled by her organization and others, the hope is to pay about 152 workers and add about 26 new employees in the region.

Currently, about 994 children are being served by local programs. The goal is to create an additional 115 slots, which Learey said would be a significant boost for the area.

A Vermont Department of Children and Families report shows from April 2012 to December 2020, Brattleboro lost 19 percent of infant slots, 13 percent of toddler slots, 10 percent of pre-school slots and 26 percent of school-age slots.

“We’ve had this problem all along,” Learey said. “The pandemic exacerbated it. Even if we had 115 slots, we still need more.”

Christie recalled a report in 2002 about the economic impact of the child care system in Vermont showing there were enough slots regulated by the state to serve 50 percent of the children who would need them. She said if program openings cannot be found, parents have to make “compromised choices” for child care or their employment.

“It’s been a crisis for a long time,” she said. “The pandemic just shot it out of the heavens.”

At the Winston Prouty center, only four of the six available classrooms are open right now due to staffing shortages. Licensed for 68 children at fully capacity, the center can have 42 with its four classrooms and has 37 currently enrolled.

“Right now, we’re doing everything we can to hold on to people,” Learey said.

Believing low wages in the field to be a big cause of the issue, she called the new fund “a Band Aid.”

The plan is to seek contributions from businesses and community members. And an application for $20,000 was submitted to the Vermont Early Childhood Fund, which was created with money a private donor provided to the Vermont-based early childhood council Building Bright Futures.

Christie said Curt Fields, president and CEO of the Turrell Fund, promised $5,000 to get the project “off to a good start.”

“It’s only for this coming year but maybe it will get us over the hump of this crisis and enable parents to go back to work and some people to go back into the field even though it’s a field that usually has no benefits at all,” Christie said. “But at least with a $1,000 bonus, it might at least be a little easier to manage.”

Learey said the fundraising goal would be reached if 34 more entities provided $5,000 each.

“Suddenly, it doesn’t seem to be that much money,” Learey said.

The hope is to have an outside entity begin administering funds in the first quarter of 2022 even if the fundraising goal is not completely met. Marty Cohn, a member of the coalition and public relations professional, said the project could be a model for acknowledging the importance of early childhood education.

“This is one arrow in the quiver to doing something about what people have been talking about,” he said. “Rather than talking about it, this is a concrete action.”

Federal American Rescue Plan Act funds are being used to support child care programs. The money can be used to increase wages for stuff, Learey said.

“I don’t think that it’s a duplication,” she said. “I think it augments and complements what we want to do.”

Christie applauded how the coalition has so many business people and community members, not just those in the child care field. She anticipates the COVID-19 pandemic has the potential to bring even more members into the fold. 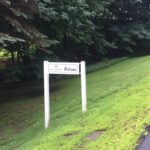 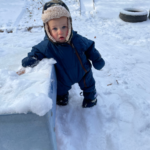