This article reprinted from Brattleboro Reformer

Child care is tricky, with all its costs and questions that come along with leaving kids somewhere.

“In Vermont and nationally, people are paying a big part of income to care for their kids while they’re at work,” said Rick Blount, communications director for Let’s Grow Kids. “It’s a problem for families and businesses. A lot of people are really just having to do the math and figure out if it makes sense to keep working or not because of the cost and of course, the desire to do the best for your kids.”

Let’s Grow Kids supports child care providers in different ways. It is a sister organization of the Permanent Fund for Vermont’s Children, one of the Vermont Community Foundation’s signature programs which seeks to ensure every Vermont child has access to high quality and affordable early care and education by 2025.

According to Let’s Grow Kids, more than half of Vermont’s infants and toddlers who are likely to need child care do not have access to high quality and affordable programs. The annual median child care cost in 2014 for a two-parent family with an infant and a preschooler in a full-time, center-based program was $20,280. Middle class Vermont families are spending 28 to 40 percent of their income for such services. More than 70 percent of Vermont kids are in households where all the parents work.

These statistics were developed by Blount’s organization using information from the Vermont Department of Health, Department of Children and Families, Census Bureau, housingdata.org, datacenter.kidscount.org and buildingbrightfutures.org.

Blount said a consortium of funding sources have supported early child care in this area for a long time. But in the last few years, they have become increasingly interested in system change.

“Access and affordability of high quality child care has become a problem in Vermont,” he said. “A lot of places are seeing families having to make really tough economic choices. They’re kind of having to choose between their livelihood and caring for their kids.”

In a world where most families see both parents working, Blount said the issue is something a lot of families struggle with. At a recent breakfast with business owners in Brattleboro, he heard employees were forced to decide whether to stay with their well-paying job. Cited were the high costs of child care and difficulties finding a quality provider.

On Nov. 3 from 5:30 to 7:30 p.m. Let’s Grow Kids will bring “Vermont’s Child Care Challenges Community Forum” to the American Legion at 32 Linden Street in Brattleboro. RSVP is required and can be done at letsgrowkids.org.

“We’re out here talking with folks and that’s what this forum is about, to hear from people about what’s happening on the ground in the Brattleboro area,” said Blount.

Similar forums are being held in St. Albans, St. Johnsbury, Vergennes, Bennington and Essex. They are free and include dinner. Child care providers, parents and business owners are reserving seats.

“I’d say we’d love to hear from more parents,” said Blount, adding that approximately 6,000 people have taken a pledge on his group’s website.

Those who sign the pledge are saying they “want a society where all children can grow and live to their full potential.” They are supporting efforts to “build positive, lasting change that will allow all children the opportunity to succeed in life.”

Small Talk is another initiative of Let’s Grow Kids. Personal stories are being collected from Vermonters as they relate to the state’s early childhood system. One woman told the organization, “What we pay is totally insane and totally worth it.”

During the last legislative session, Act 58 created the Blue Ribbon Commission on Financing High Quality, Affordable Child Care. Appointed to the commission was a gamut of experienced professionals, including business, military, education and community officials.

The commission started meeting in September. A report on the challenges around child care in Vermont is expected to be ready by November 2016.

“Those of us who work in the field see the commission as an important opportunity in Vermont to focus some attention on this issue and have this broad bunch of folks shine a light on the issue,” said Blount. “Right now, they’re at the stage of defining the problem. That’s part of what our forums are intended to do.”

Blount, who believes the commission will begin seeking input in 2016, said his group wants to start the conversation now.

Besides child care itself, Let’s Grow Kids is heavily interested in touting the importance of a kid’s first five years. Brains are believed to develop 80 percent by the age of 3 and 90 percent by the age of 5. The U.S. Department of Eduction supports that, encouraging parents to talk to their children during everyday routines and to provide a stimulating environment.

Access to good opportunities in the first five years has a lot of impact on the rest of children’s lives, Blount told the Reformer.

“It’s not, where do you park your kids when you work? It’s what sets up every child for the most successful life possible?” Blount said. “We’re a pretty young organization, about 18 months old. The first year and a half of the organization’s life has really been about trying to get the word out on the importance of the first five years. There’s an opportunity to lay the foundation for a person’s life and the opportunities that a child has. And I’m not talking about chained to a desk opportunities. This is not about putting kids in math memorization early on. It’s not what we would think of as a formal education early on, although it’s very thoughtful child development. It’s playing, it’s singing. It’s the kind of things that caring, thoughtful adults do with kids so kids learn social and emotional skills.”

Businesses have both an immediate reason and a long-term reason for supporting the improvement of child care, according to Blount.

“Those parents are in the workforce and their employers really depend on them to be there for work,” he said. “Taking care of a kid can be an impediment to that. So employers, businesses, have a really strong interest in having that accessible, dependable, quality child care for employees now.”

Employers also want their workforce to be equipped with social and emotional skills in the future. People with those skills, Blount said, are often the ones who had the “right opportunities” in their first five years of life. 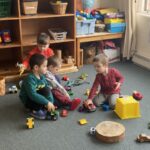 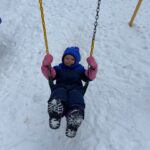 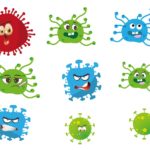